When passion works with skill, expect a masterpiece 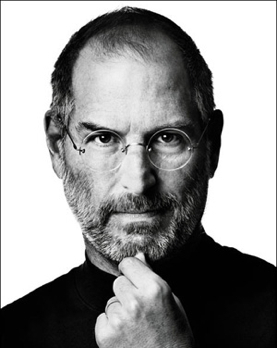 I've been half way through Steve Jobs' life, reading his bio actually. One thing that really caught my interest is his manipulative skill, termed as "reality distortion field". It's a power to manipulate people to do what he wants, sometimes seems impossible if thought logically. But that's brought Apple to what it is now, iDevices with alien technology, I would say.

"1984 will not be 1984". Jobs believed that reality can be distorted. That year was when Apple introduced the Macintosh, the GUI based computer. The technology is way beyond its year. Jobs had pushed his team to come up with a product that people never thought of. Of course, Jobs being pricky, the team had worked to the edge and beyond to get it done. Jobs once asked a designer to create a floating staircase. The designer said it was impossible but using his reality distortion field, it was beautifully crafted. It's been a signature staircase in Apple Store worldwide.

Now I'm trying to apply this skill in my daily job to get things done. Still learning the tricks but already seen the results in few occasions. It's useful when people give up in their task and you want to push them back and rise up the morale again. It's a type of coaching as well, to get people to think and find the work around.

However, in the oil & gas operation, safety must prevail. No matter how you push people to get things done even beyond reality, we must not put safety behind. This somehow limits the power of reality distortion field. 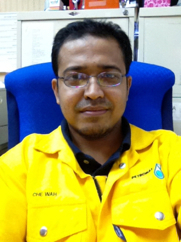 It's been a while since I last update this blog. A long while actually, since 2009. Since Facebook is around, this blog was left abandoned. Sorry to those who visited this space but found no update. My bad... Btw, I've found this Blogger+ for iPad which makes it easy for me to update my blog. I will try my best to post something regularly about me & anything around me that I found interesting. It may includes something about Apple products and jailbreak as that are the things that interest me at the moment. Keep on seeking this space guys...